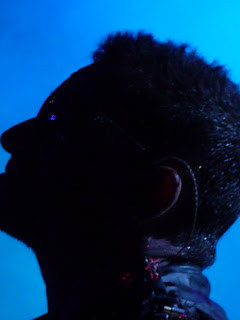 I arrived in the beautiful city of Zagreb a day before the show and was able to meet Davor (and his brother Kristian), fellow Croatian U2 fans who helped me get a ticket for the first show. The old city is quite nice, as their cathedral. The morning of the show, I got to the queue at 6AM and was surprised to find it small! I was number 17 in line. I was also happy to find U2 friends in the queue, so I wasn’t alone. It was great to see Luxy from Italy, Andreas from Sweden, and Lia from Holland. I met a great group of Italian fans to hang out with, and made the hot day bearable. At this point in my journey, I’ve resigned to the fact that anything can happen in these queues. Amazingly, everything went almost perfectly, and I made it front row centre, alongside Andreas and Lia :) The show itself was a good one, and although the Stadium was small, the crowd was as loud as the ones in Nou Camp and Croke Park. I was hoping to get Bono’s setlist at the end of the show, but was told that I may get it the next night if I show up at the same spot – a tall order! Overall, I was satisfied with the show, and looked forward to night 2.