Setlist: Breathe, Moment of Surrender, Ultra Violet (Light My Way), With Or Without You [not on recording]

Comments: U2 performs for the third time on NBC’s Saturday Night Live program. Moment of Surrender is shorter than the concert version, and Bono twice ad-libs/raps over the music. The show ends while U2 is still playing Ultra Violet — which features Bono in full concert mode, wearing the laser light jacket and swinging as much as possible from the steering wheel mic as the small TV stage will allow. The band plays With or Without You just for the studio audience after the end of the show. 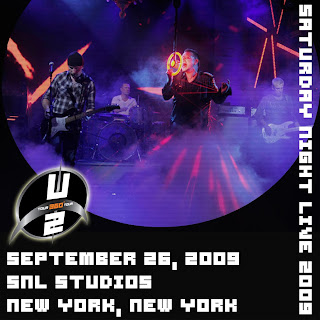