Setlist: Even Better Than The Real Thing, The Fly, Mysterious Ways – Tryin To Throw Your Arms – Independent Women, Until the End of the World, Out Of Control, Get On Your Boots, I Still Haven’t Found… – The Promised Land, Stay – In the Wee Small Hours, Beautiful Day – Space Oddity, Elevation, Pride, Miss Sarajevo, Zooropa, City of Blinding Lights – My Kind of Town, Vertigo, I’ll Go Crazy (remix) – Discotheque – Life During Wartime, Sunday Bloody Sunday, Scarlet, Walk On – Battle Hymn of the Republic, One, Will You Love Me Tomorrow – Where the Streets Have No Name, Hold Me Thrill Me Kiss Me Kill Me – My Kind of Town, With or Without You, Moment of Surrender – One Tree Hill, One Tree Hill

Comments: Bono sings a bit of Trying To Throw Your Arms Around The World at the end of Mysterious Ways. It’s the first time that song’s been sung since December 10, 1993. Bono dedicates Moment of Surrender to his former personal assistant Greg Carroll, who died 25 years ago this week. He sings a bit of it at the end of Moment, then strikes a deal with the crowd to play it in full, saying ‘Here’s the deal: If we screw it up really badly, you don’t put it on the Internet.’ The band then goes on to play a full version, much to the delight of fans at the show and online.* 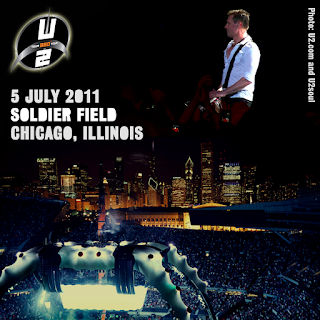