Setlist: Even Better Than The Real Thing, The Fly, Mysterious Ways, Until the End of the World – Where Have All The Flowers Gone, Out of Control, Get On Your Boots, All I Want Is You, Stuck In A Moment, Beautiful Day – Space Oddity, Elevation, New Year’s Day, Miss Sarajevo, Zooropa, City of Blinding Lights, Vertigo – Teenage Kicks, I’ll Go Crazy (remix) – Discotheque – Please – Life During Wartime – Psycho Killer, Sunday Bloody Sunday, Scarlet, Walk On, One, Hallelujah – Where the Streets Have No Name, Ultraviolet, With or Without You, Moment of Surrender
Comments: The setlist featured a few changes from the first Montreal show. Out Of Control returned to the setlist, appearing for just the fourth time this tour (and fifth time for 2011). All I Want Is You returned to the main set for the first time since the 17 June 2011 show in Anaheim; it had only been played once in the interim, as a spontaneous end to Nashville’s encore. AIWIY was followed by Stuck In A Moment, making just its third appearance on this North American leg; its last performance was on 18 June 2011.
The main set changes were rounded out with New Year’s Day, which rotated into the spot normally occupied by Pride; this is the first time since 15 May 2011. This means that today’s show is just the second show this leg at which Pride was not performed; the other show was 14 May 2011, Mexico City. After the main set, there was another change to come in the encores, when Ultra Violet was played for the first time since 22 June 2011. It is also worth noting that the intro to Streets was a snippet of Hallelujah; Bono has only sung this a handful of times before, all in June 1997. With Or Without You was sung complete tonight with the extra Shine Like Stars verse, for just the sixth time on the 360° Tour (u2gigs.com). 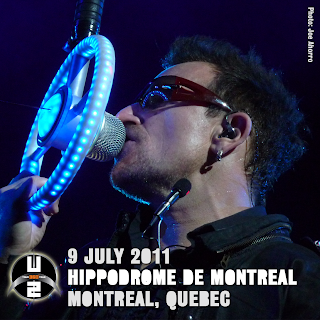 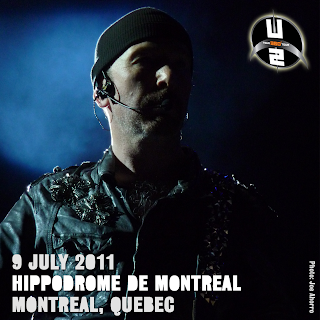