Setlist: Breathe, Get On Your Boots, Mysterious Ways, Beautiful Day – Blackbird, No Line On The Horizon, Magnificent, Elevation, I Still Haven’t Found What I’m Looking For – Stand By Me, Unknown Caller, Until the End of the World, Stay (Faraway, So Close), The Unforgettable Fire, City of Blinding Lights, Vertigo – It’s Only Rock and Roll, I’ll Go Crazy If I Don’t Go Crazy Tonight (Redanka Remix), Sunday Bloody Sunday, MLK, Walk On – You’ll Never Walk Alone, One, Amazing Grace, Where the Streets Have No Name, Ultraviolet, With or Without You, Moment of Surrender

Comments: Rather than four new songs at the start, U2 does two new songs, two crowd favorites, then two more new songs and two crowd favorites. It creates a great balance and keeps the energy going throughout the start of the show. Bono messes up the lyrics of Stay, leading to an extra long version of the song. One includes the ‘Hear us coming’ coda. Amazing Grace is played separately from One, with Bono even giving it a short introduction as it leads into ‘Streets.’ Bono namechecks a couple dozen people throughout the show, and announces at the end of the show that they set a new record tonight for most people ever at a Giants Stadium event. It’s the last time U2 will play this stadium, as it’s being torn down soon for a new one next door. 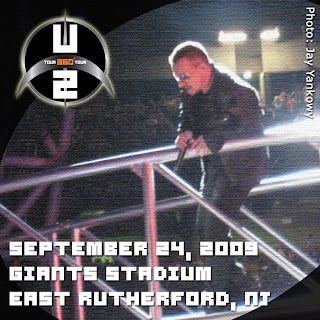 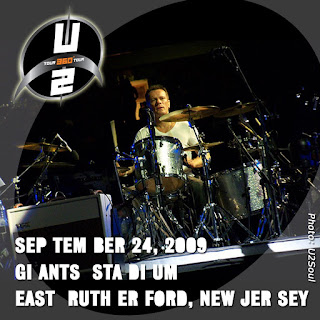 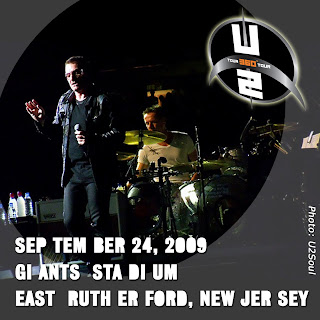