Setlist: Even Better Than the Real Thing, Out of Control, Get On Your Boots, Magnificent, Mysterious Ways, Elevation, Until the End of the World – Strangers in the Night – New York New York, I Still Haven’t Found What I’m Looking For, Stand By Me, Desire, Stay, Beautiful Day, Miss Sarajevo, Zooropa, City of Blinding Lights, Vertigo, I’ll Go Crazy (Redanka Remix) – Discotheque – Mofo – Please, Sunday Bloody Sunday, Scarlet, Walk On – You’ll Never Walk Alone, One, Amazing Grace – Where the Streets Have No Name, Ultraviolet, With or Without You, Moment of Surrender

Comments: Bono sings a bit of two Frank Sinatra songs during ‘Until the End of the World’ — Sinatra died 13 years ago today. Just like the prior show, a fan comes on stage to read a poem by the ancient Mexican poet Nezahualcoyotl before the band plays Beautiful Day. With both Zooropa and Stay being played tonight, it’s the first show since Dec. 10, 1993 to have multiple songs from the Zooropa album in the setlist. Mexican President Felipe Calderon is at the show, and live-tweets a photo from his skybox near the end of the concert. 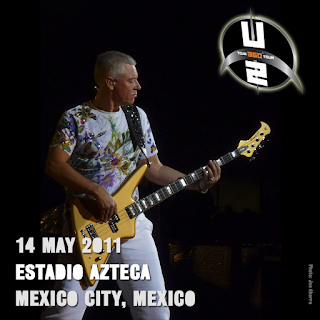 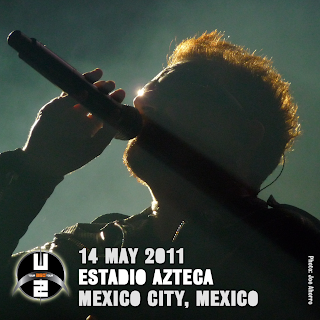 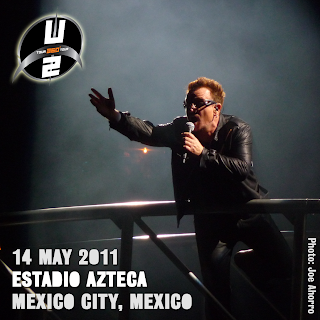